The history of Britain is a long and complex one – with many invasions and changes made over the centuries, much of our modern world in Britain is made up from past influences and events. One of the largest changes to life in the UK came with the Roman invasion in 43 AD. For over 300 years, Britain was a part of the Roman Empire, and during that time, there were many changes that happened in Britain, much of which we can still see in our daily lives. Here are just three things that the Romans brought to Britain…

Something that the Romans organised well was the currency that they used. Although the Roman empire was vast, spanning across much of Europe, the Romans ensured that the currency used was the same across the whole empire – so whether you were in Kent or Milan, you could use the same coins to pay for your goods.

The mint that made the coins had its headquarters in Rome, however, the UK had its own mint to produce coins, the first one was set up in London, and then the Colchester mint was established. Roman coins can still be found in Britain today, so keep an eye out when digging g in your garden – if you suspect that you have found a coin of Roman origin, you can take it to an expert like these coin valuers UK based www.gmcoins.co.uk/ who will be able to give you more information about it. 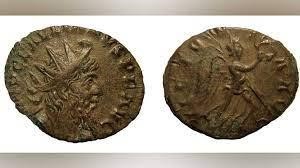 The way that people lived in Britain were changed forever when the Romans arrived. Something that we now have are the large cities and towns – before the arrival of the Romans in Britain, people lived in small settlements. The Romans laid out large areas of many buildings in cities which were in a grid style layout. They had main gates at the North, South, East and West to protect the city. Many of the British cities were established in Roman times and you can see evidence of this – for example in Gloucester the Street names are still named after the old gates, such as Northgate Street for example, as well as the parts of the via sacra – the city walls – that still stand.

The Romans also changed the language of Britain, as well as the numbers and writing systems. Before the Romans arrived, reading and writing were not things that were done by most people, and the old Celtic language, which does still exist today was used. The Romans introduced Latin to the English language, and many words today that we use come from the Roman times in Britain – words like Aqua, Exit, forum and circus are just a few of many words that are part of the language from Roman times. The Romans also introduced their own way of writing numbers, known as Roman Numerals, that are also still in use today.