The seemingly permanent increase in property prices each year appears to be coming to an end with some predicting that 2023 and 2024 may see property prices fall by as much as 8%.

For buy-to-let and longer-term investors, this means that the next couple of years could be an excellent time to look at purchasing property. This is because even if the average house price falls, the amount that landlords can charge for rent is unlikely to fall due to the constant demand for housing. The only caveat to this is the potential for higher mortgage rates which can reduce the rental yield.

Why is Manchester a good place to live?

There are plenty of reasons why Manchester is an attractive place to live, and it regularly ranks amongst the top UK cities in which to reside. 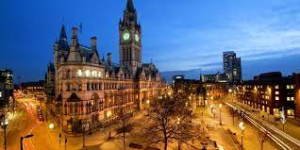 Many people are attracted to Manchester as it is much cheaper to buy or rent property here than in other major UK cities (notably London). The proportion of income spent on property costs is considerably lower in Manchester than in London.

Manchester is home to a number of renowned organisations including the BBC and ITV, together with firms such as Unilever, Direct Line, and the Guardian Media Group. Office space is much more affordable than in London, and Manchester has also developed a reputation as an excellent place to start a new business.

Manchester has excellent transport links, including direct rail services to London, Birmingham, Liverpool, and Leeds. It is also home to the third busiest airport in the United Kingdom, with direct flights to all major destinations. The M6 runs all the way to Glasgow (the North) and to Rugby (to the South). Manchester’s Metrolink tram network is also highly regarded for its reliability and relatively low cost. 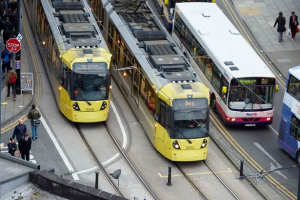 Buying a property can take up a lot of time and energy. If you are purchasing in Manchester or the surrounding area, you will probably be looking for a home buyers survey Manchester. Expert professional firms such as Sam Conveyancing can offer advice, services, and guidance.

Why is Manchester a good place to invest?

Greater Manchester has a population of around 2,848,300 people and is the largest economic hub outside of London. There is a growing demographic of students and young professionals, all of whom are looking for accommodation. Manchester is also part of the Government’s Northern Powerhouse initiative.

Which areas of Greater Manchester are seeing the fastest falls in price and why?

The areas of Greater Manchester that are seeing falls in house prices include Castlefield, Bamford (Rochdale), Didsbury, Broadbottom, Romiley (Stockport), Bramhall (Stockport), Whitefield (Bury), and Prestwich (Bury). These areas have seen average house prices fall between £25,000 and £73,000 in the last few months (Aug to Oct). The main reasons behind these falls are the current economic climate and the rapid rise in mortgage rates.