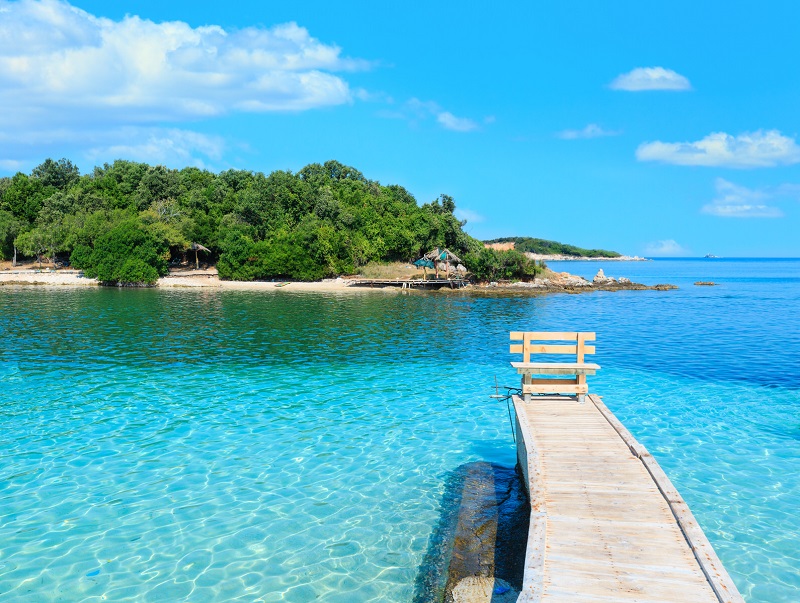 The most beautiful beaches of Albania are divided into a gentle coastline of about 400 kilometers: wild, wonderful, and often unknown.

Ah, the most beautiful beaches in Albania! There are places that are often remembered for their tragic history. In this immediate and dangerous passage, however, one runs the risk of not seeing the absolute beauty of some places. To lose its sincere and clean nature. The most relaxed and relaxing face. This is the case of Albania and its sea, 427 kilometers of coastline that overlook the Adriatic, which look straight in the face of Puglia.

To that Salento that is well known, that is loved so much. The coast of Albania has nothing to envy to many others. It is only less known, perhaps because sadly known, for those refugee landings that marked a generation. Instead, you can make a very long list of the most beautiful beaches in Albania and many other beauties of this land rich in history and culture. For now, let’s see which are the most beautiful beaches: a breathtaking journey.

Pulebardhat is among the most beautiful beaches in Albania

This little paradise in Albania is also known as the beach of the Seagulls. The fact is that here many birds make a continuous coming and going to and from the beach. And this is a symptom of the deep cleanliness of the place. But the real surprise is the pebbles, most of them white, which make this place absolutely magical and comparable to beaches in Greece or Sardinia.

It is frequented mainly by young people, who come here to enjoy the peace (especially on the left side of the beach) and the beauty of the place. At Pulebardhat you can also rent deck chairs and umbrellas. And you can eat excellent fresh fish in the two restaurants along the beach. In addition to the spectacle of nature, the other positive side is given by the fairly low costs. Better get there early, because it is very small, although beautiful.

If with Pulebardhat you are in the area of ​​Saranda, with the Bay of Lalzi you move between Durres and Tirana. This means that this bay, which is one of the most beautiful beaches in Albania, is an easily accessible bay, even from the capital. It is a small peninsula about 7 kilometers long. The sand is fine, one that never disturbs.

The water on the other hand is absolutely long. The whole coast is perfectly equipped with kiosks and restaurants but in a completely natural way. The umbrellas are made of straw and give the landscape a truly relaxing and sweet touch. For these reasons, the bay of Lalzi is particularly popular with families. But there are also divers and diving enthusiasts here, ready to discover an underwater world that is full of magic. And that’s clean, above all.

Vlora, many beaches for a well-known location

Vlora is an area that contains a high number of the most beautiful beaches in Albania. It is not for nothing that it can be considered the real area of ​​Albanian seaside tourism, and not only. Here you go from rocky beaches to others with fine sand and beautiful pine forests all around, such as that of the Bay of Lalzi.

But there are also hidden bays, which can only be reached by sea. In fact, Vlora and its coastline are perfectly equipped for boat trips to discover the Karaburun peninsula or other beautiful lonely bays.

The advice, when in Vlore, is to visit the Zvernec beach. Also called Narta Beach, it is located on the island of Zvernec. Its sand is thin and very white, the seabed is shallow and you can walk for kilometers enjoying all the beauty around, the calm of this magical place. In fact, it is perfect for a peaceful day. 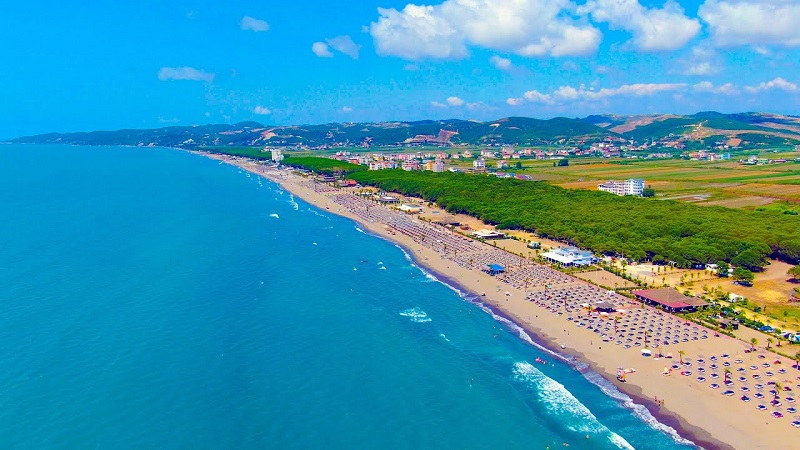 The beach of Spille, one of the most beautiful in Albania, is a small jewel of the Adriatic. The most important feature of Spille is that it is little known by tourists, which is why a day here becomes a real immersion in the purest and most authentic nature. The beach is located near Himara. And you can recognize it immediately because it is surrounded by beautiful pine forests that rise on the hills.

And it is as if Spille were embraced and protected by nature. The same feeling that tourists will feel when they decide to spend a few days at sea. Umbrellas, deck chairs, kiosks, and all the other human interventions here are perfectly harmonized with the surrounding nature. But it is also nice to throw yourself and toss and turn in the soft sand before taking a dip in perfectly crystalline water. In the evening, then, you can return to Himara for some very sweet moments.

Between Himara and Saranda there is also another of the most beautiful beaches in Albania. a true miracle of water of a very transparent green dominated by gentle hills. But architecture and history are not lacking here either. To surmount the beach, in fact, there is a castle built in 1800, but apparently on the plan of an old monastery.

This means it is even older. Ali Pasha of Tepeleni, during the heyday of the Ottoman Empire, had it built for his wife. And today it can be visited with guides, between a sea and a sun bath . The colors of the beach are alive, and bright, in total contrast with the tranquility of the place, a truly uncontaminated piece of nature. Over time it has also become a set for advertising and television shooting. Its peace remains, perfect for a truly alternative summer vacation.

Bunec beach, yet not the last of the most beautiful beaches in Albania

Bunec is not only one of the most beautiful beaches in Albania, but also one of the less frequented ones. It is in fact a little-known paradise beach, a factor that makes it even more suggestive and beautiful. Its white pebbles that collide with absolutely crystalline water give the eyes an absolute sensation of harmony and beauty.

Sensations are perfectly transmitted to the body and mind. The view is fabulous, both that of the sea and, behind it, that of the small promontories and the stream that crosses them. The list of the most beautiful beaches in Albania certainly does not end here. But a book would not be enough to list them all. In any case, it would be a novel, perhaps of love. Because you can only fall in love with these magical places.