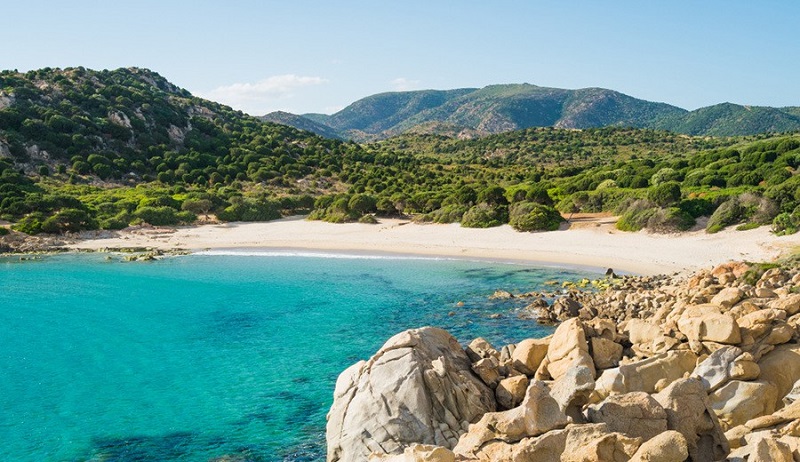 Missing just the beginning of summer and the desire to tan, sun and sea is becoming more alive and strong: the days begin to lengthen, the light and the daytime heat for all the hours and in less than no time summer it will already arrived! You should then start to think about some beautiful summer destination in which to spend the long awaited (and let’s face it, well deserved!) Vacation.

Let’s focus for a moment on the sea and beaches : in this case, to spend an enjoyable summer at the beach without having to face long, tiring and intercontinental travel expensive, we can “exploit” what it offers the beautiful country between the bays and coves of the most beautiful in the world, perfect for a dip in the tropical flavor, but a few steps from home, will certainly not disappoint.

From Liguria, with its emerald waters, to Sicily, with the wild nature reserves, through the beautiful Sardinia and its crystal clear sea, not to forget all the other Italian regions affiandosi sea with at least one flap of its natural boundaries there really leave plenty of choice. And here are the 10 best Italian beaches of 2017 …

Greeks and Romans called it “Cetaria” for the great amount of tuna that characterize this part of the sea: it refers to the wonderful Zingaro Nature Reserve, part of the coast that stretches for 7 km from San Vito lo Capo to Castellammare del Golfo. A riot of vegetation, plants and nature, populated by wild animals that are overlooking the beautiful sea of Sicily. One of his most spectacular coves, legendary and often very crowded especially in August, but always of breathtaking beauty, is Tonnarella dell’Uzzo. The white beach is a 15-minute drive from San Vito and once you arrive at the entrance of the reserve you can reach the sea with a very short walk; the entrance to the park and then to the beach is a fee.

One of the most special beaches in total throughout the region: Cala Luna, in the Gulf of Orosei , is not only wonderful for the crystal-blue gradient color of its waters and its white sand mixed with pebbles; It is, in fact, enclosed by a steep cliff characterized by large caves where to find shelter from the scorching sun. This show of nature (because only in this way can be defined) has been chosen as the set of the film Swept Away destiny of Lina Wertmüller (1974). The beach is shallow, so suitable for children, while the sea off the coast is a paradise for divers. Cala Luna is reached by sea with private boats or by boat from the port of Cala Gonone or from the beach Marina di Orosei; hikers will find a challenging path, starting from Cala Fuili or Baunei

The Salento cannot miss if we speak of “the most beautiful beaches in Italy 2017”. Very famous and beautiful stretch of the boot, alternates beaches and rocky cliffs, such as the Torre Sant’Andrea Faraglioni. We are at Melendugno, in the beautiful stretch of coast between the Bay of Turks and Bear Tower : here you can either swim to achieve a natural stone platform is an alternative to the rocks, make a stop on the beach located right in the center of small town of Torre Sant’Andrea, used as a harbor for the boats of local fishermen.

Green, bitter and true, Elba is the largest island of Tuscan Archipelago, Tuscan and preferred destination for many travelers who love the sea, nature and sports. Among its most beautiful beaches signal the Padulella Portoferraio, a beach located east of Capo Bianco Punta, which protects it effectively from the winds coming from the west, and divided west from the Ghiaie beach from a cliff and the Cala’s Beach Friars. A little over 120 meters and surrounded by white cliffs, this beach is characterized by smooth pebbles and crystal clear water that appears to absolutely be in the tropics. It is reached along the road that leads to “Le Ghiaie”, then following the indication “Padulella” and “Enfola”. A walking path overlooking the Medici walls of Portoferraio will lighten up!

San Nicola Arcella, in the province of Cosenza, is one of the most incredible places in the western coast of Calabria. This coastal area is so beautiful that a great artist, a magnificent and amazing spectacle of nature, unique, may have carved it. Here it is, in fact, an arch carved in the rock that gave its name to the cove: Arch Beach Magno. The sea offers soothing baths in emerald water, walking in stone and very special hiking trails such as that of Dino Island. The best way to reach this paradise is the car because the beach is easily reached along the SS 18. Once you get on the Cosenza coast, you can park in the locality Marinella and walk down following the signs.

In Aeolian, one of Italy’s most beautiful corners of the sea, each bay enchants with its colors and scents. If you’re looking for a beach holiday in total relax and away from mass tourism and the small lush Filicudi is right for you and maybe you can plant the umbrella on Long Cape Graziano Beach, certainly the most beautiful of the whole island according to the majority of travelers from around the world have had the fortune to visit. This stunning beach Filicudi is on Africa’s southernmost island, and is easily recognizable by the crescent of light pebbles and the clear water from the Caribbean charm. Dominating the coastline, the unmistakable profile of Monte Graziano, with its village, from which there is a path leading down to the sea.

A small cove of fine white sand, the kind that really jaw dropping that fortunately our beautiful Sardinia is often able to give us. On the beach Cala Cipolla, the last one that meets in town Domus de Maria, the beach is silky, constantly kissed by the sun and sheltered from the wind, with a bottom that slopes gently toward the sea, so perfect for pleasant restaurateurs dips. The water is crystal clear with a color ranging from emerald green to turquoise turned on and the sandy bottom is dotted by rocks. All around, the Mediterranean bush encloses and embraces the set, while a few steps away is the Capo Spartivento from which to enjoy a unique view.

From Cagliari is very fast reach this beach charm: just head to Chia by the state, and then continue on Viale Spartivento.

A beach for nature lovers and hikers, able to give sunny days and relax. Beauty and tranquility are a certainty of Focara, beautiful cove in the San Bartolo Park, 1600 hectares of greenery stretching along the coast, between the towns of Pesaro and Gabicce Mare. The free and equipped beach is part of the homonymous small medieval village, situated approximately 200 meters above the sea, and offers a priceless view on Adriatic. Reachable via varying difficulty paths from the village: the simplest is about 20 minutes and leads directly to the beach for a walk that will reconcile with the world.

There are many beautiful beaches in Positano, but this is by far the most beloved residents, VIPs and tourists: famous for its worldliness and lit nightlife and its background fairytale characterized by the many colorful houses, typical of the Amalfi Coast, Marina Grande It stretches for about 300 meters on the south coast of the town and is perfect for sunbathing style sixties and cocktails at sunset. No shortage of beach resorts and nightlife establishments. Particular is also the sand, dark and pebbly, magically overlooking the islands Li Galli. From here, you can make an excursion to the islands Gallo Lungo, Rotonda and Castelluccio and those of the Sirens, now protected by the Marine Reserve of Punta Campanella.

The most beautiful stretch of coast of Abruzzo is located about 10 km north of Vasto, inserted in the Punta Aderci Nature Reserve, a place of peace, greenery and sea. Five kilometers of natural beauty between dunes, cliffs and rocks ranging from the beach of Punta Penna at the mouth of the river Sinello, which forms the natural border with the town of Casalbordino. Here, in the westernmost part, there is the beautiful and very long Mottagrossa Beach: wild, unspoiled and all pebbles, offers a breathtaking view. A scenic trail runs parallel to the beach: place 20 meters high, is really wonderful for walking and cycling and offers the chance to explore the reserve. 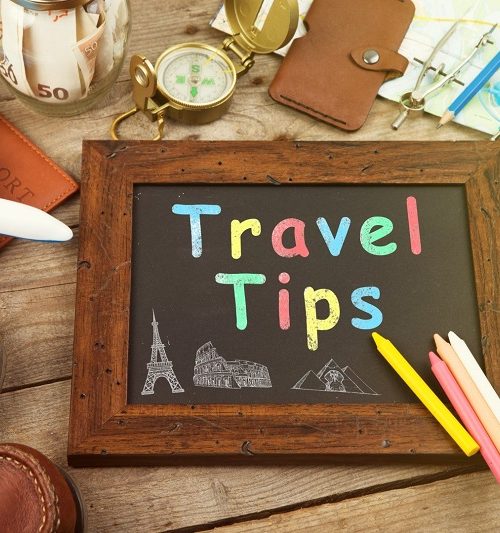 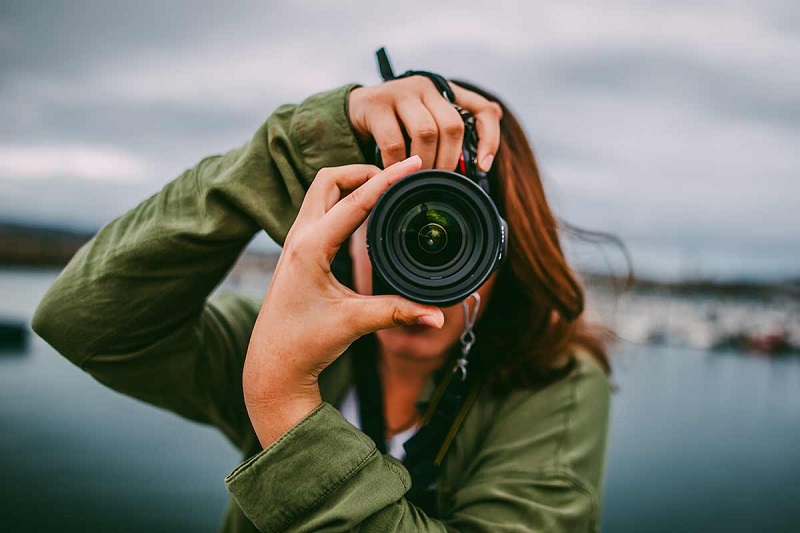 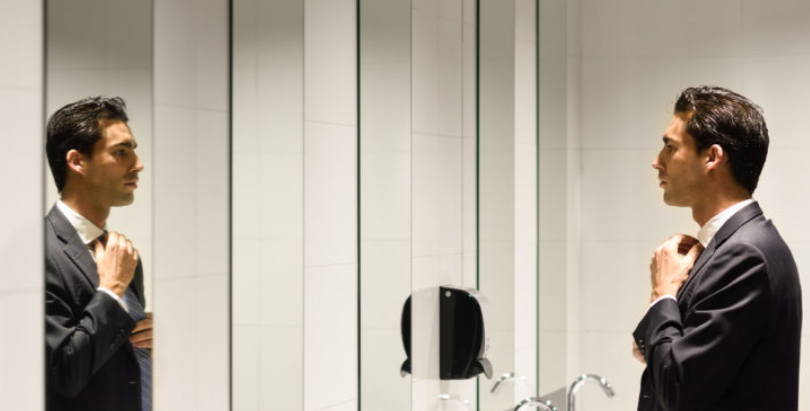 What a first impression to make

Scheduling a trip can often be daunting since you don't know where to start or how to execute it. For...

Each trip is an experience full of special moments and places. The new landscapes and getting to know different cultures...