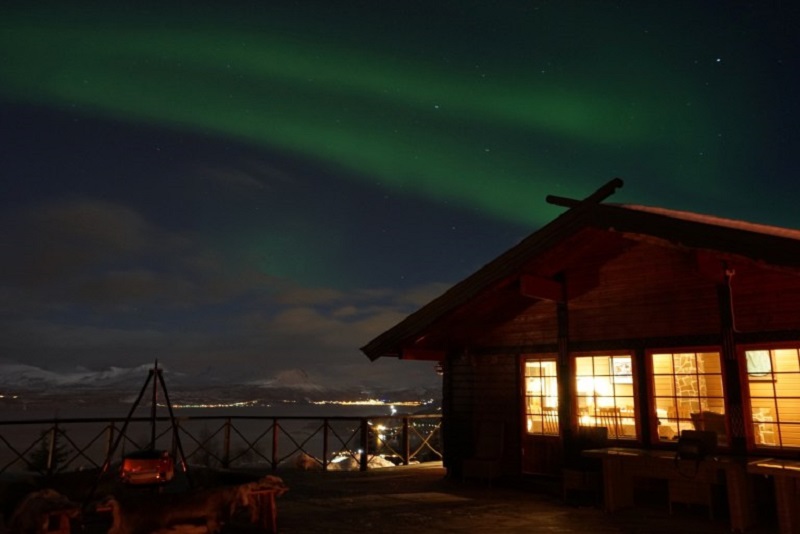 Labels and stereotypes, barriers that obscure the true beauty of things, often enclose the world. When reminded of the far north of Europe, rising nearly chills, remember the spectacular images of majestic fjords or seeking the fleeting light of the aurora borealis. Arctic Norway is these rare beauties but also many small and large details that make it one of the amazing places that I have been lucky enough to visit in my life.

The phenomenon that perhaps attracts more tourists in areas of the Arctic circus is one of the northern lights, a veritable dance of light in the night sky. It appear suddenly and strut their stuff through the stars, a natural magic that has fascinated humans forever and that only in recent centuries has been able to explain in scientific terms.

One of the largest research centers in the world is located in the Arctic Norway, to Andøya. The Spaceship Aurora is a sort of museum where visitors can play, learning the importance of this phenomenon generated by the solar wind. As a pilot or engineer of a space mission, you will find out why the northern lights are not only beautiful to look at but also important to monitor. Their effect on our planet goes beyond the aesthetic enjoyment; it may cause interference with electrical devices, which now underlie our existence.

The northern lights can be explained by all the science in the world but are, fortunately, still magic. The climatic conditions of this region, exposed to the winds of the Atlantic Ocean, does not allow you to see them every night. Sometimes, like me, to see a few and for a few minutes. The rest, which appears during the day, still worth a trip here.

Sea Eagles in the middle of a fjord

Who is in the Arctic Norway knows he can also find one of the most fascinating animals on the planet, a huge mammal that lives most of his life in the depths of the oceans. The whales are a common sight along this coast but also in this case, you have to have the luck of good weather. Dark and compact clouds that seemed to come from the North Pole did not allow me to participate in a whale safari in Andenes.

However, it remains forever the memory of another safari, this time to observe an animal of the sky, the sea eagle.

Dressed in a thick suit that did not pass the strong air coming down from the north, they got on a boat for a fishing harbor in Svolvær, in the Lofoten Islands, to enter into an enchanted world. Inside a fjord, in which the human presence is thinned until it disappears, I tried between the white of the peaks and the blue of the sky, a dark stain which descended in beaten to fish in dark waters in part to me. It takes focus and a good camera to photograph these animals but even if I were a little distracted, simply look around to soak up the beauty of a place far from ordinary.

Riding as a Viking

Along the coasts of the Arctic Norway, next to the emersion of the whales and the flights of sea eagles once sailed a people who in recent years has increasingly been the subject of interest. The Vikings seem to embody the wild and free spirit of Europe, a nation of sailors and soldiers who did not bend the harshness of Christianity and the medieval feudalism.

Not only but also clever merchants raiders, the Vikings were able to go even in these extreme lands, where they learned to live in luxury that branched off from trade with the rest of the known world. The museum and the reconstruction of a Viking house in Lofoten tells us this freedom and refined culture for the parameters of his time.

Nearby, you can get on horses rode the Vikings a thousand years ago. Nearly pushed by ocean winds, while the eyes are lost among the few wooden houses built on the coast or even farther, towards the mountains that descend into the sea, is another reminder that Serber long inside me.

The landscape is the thread that runs through all these experiences, it is the atmosphere in Norway’s Arctic to create the journey. Coste, fjords, snow fields and mountains fill up all those empty spaces left by a program that jumps, like an aurora borealis that does not show up. As always, beyond stereotypes and expectations, just marvel at the beauty here is glimpsed behind every look around you.