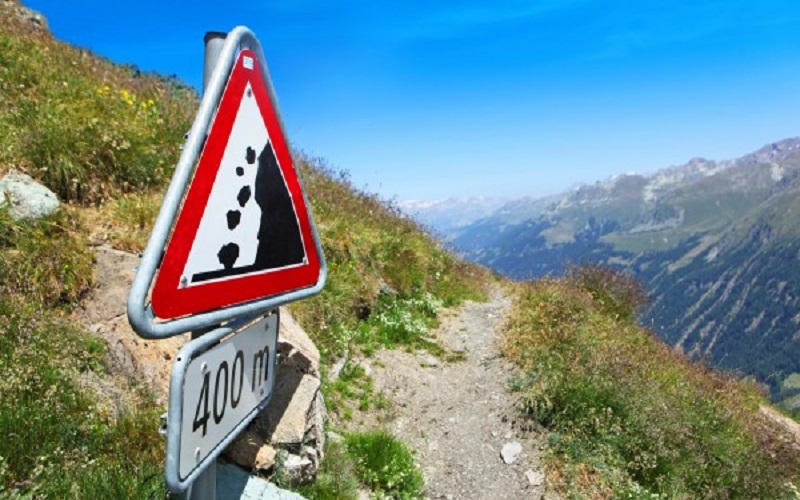 Canada is full of hiking trails for people of all skill levels, ranging from flat alleys and paved streets along beautiful rivers to some of the most demanding hikes around the world. Here, in descending order, are the seven most dangerous hikes in Canada.

The name alone tells you that the Crypt Lake Trail in Waterton National Park is not for the fragile hearts. The 17-kilometer trek begins with an exhausting labyrinth path leading to 700 meters of altitude, and it is only there that the real work begins! Then you pass through a landscape scattered with rocks and climb a metal ladder screwed into the mountain. Then, before reaching Crypt Lake, hikers must cross a rock tunnel four feet wide and 40 meters long. Claustrophobic hikers, abstain!

You may also like to read: EVERYTHING YOU NEED TO KNOW WHEN PLANNING A TRIP TO MUSKOKA

Crypt Lake can be demanding, but this is just the beginning. Here is the Footpath Trail , in New Brunswick, a 41-kilometer trek that usually takes about four days to complete. Hikers have to face many changes of altitude, rough terrain and two crossings of tidal rivers. The steep cliffs and string ramps add to the fun, as do the many slippery creek crossings along the way. The spectacular coastal landscape allows many people who walk this trail to overcome their fears, but do not underestimate the challenge of this hike.

With a longer distance of 66 kilometers, there is the Mantario Trail in Manitoba. This trail, walked to the end by only a few hundred courageous souls each year, stretches from Big Whiteshell Lake to Caddy Lake in Whiteshell Provincial Park. Those who attack them usually take about four days to pass through bogs, marshes and streams that can create delicate situations along the trail. Some places even require you to climb the trail with your hands. And did we mention the swarms of blood-sucking mosquitoes? You are warned.

If you’re looking for more excitement, consider the Chilkoot Trail , which begins in Dyea, Alaska, and brings the hikers to Bennett, BC, across the challenging terrain of the Coast Mountains. Once a major highway in the Yukon Gold Rush, the 53-kilometer Chilkoot Trail takes you to alpine regions at high altitudes, exposing hikers to dangerous weather conditions and dizzying heights. Finally, be aware that it is not uncommon to encounter bears.

The 75-kilometer West Coast Trail is a classic Canadian crossing that attracts more than 6,000 people a year. Although safety measures and good preparation promote high success rates, about 60 people need to be evacuated each year due to factors such as injuries, illness or hypothermia. The challenges of the West Coast Trail lie in its varied terrain, which requires a great deal of skill and ingenuity to cross it. Navigating the temperate wet forest and the slippery water ponds is apparently more difficult than you might think!

The difficulty of the Akshayuk Pass begins with the journey to find the trail. Located on Baffin Island, in the remote Canadian Arctic, the Akshayuk Pass consists of 97 kilometers of hiking through marshes, glacial moraines and arid sand stretches. Crossings of frozen rivers and the chance to encounter polar bears are also part of this eight-day trek, one of the most dangerous in Canada.

What could be more dangerous than the Akshayuk Pass? Say hello to the Canol Heritage Trail from a distance of 355 kilometers in the Northwest Territories. Even the most experienced hikers can take two to three weeks to complete the trail, and not just because of the distances involved. The risk of running out of supplies on this isolated trail, the need to cross three large rivers and the high probability of encountering grizzly bears place the Canol Heritage Trail in a class of its own.

Remote areas, dangerous wildlife, extreme weather conditions and perilous terrain – the most dangerous treks in Canada are certainly made to provide adrenaline rushes even for the most experienced hikers.