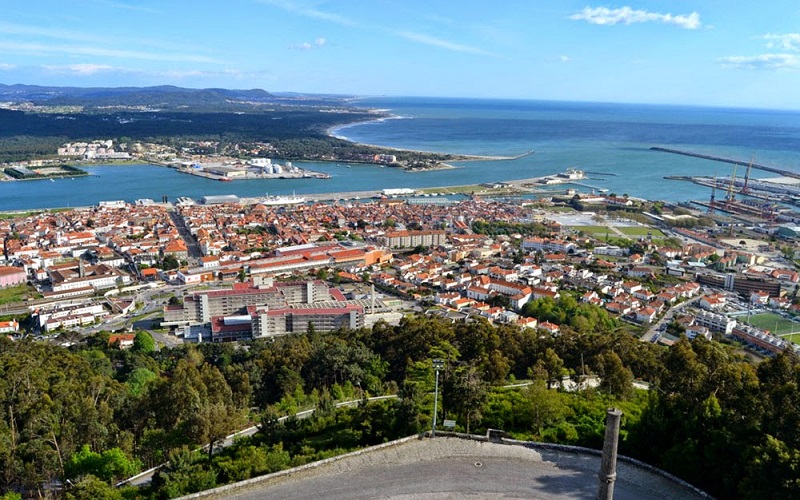 Viana do Castelo is one of the most unknown cities in Portugal. It is located on the right bank of the River Limia. A city very close to the sea due to its participation in the Portuguese Discoveries and in the fishing of cod. Discover with us this hidden gem of Portugal.

If you plan to make an escape soon a good recommendation is the city of Viana do Castelo, located in the region of Minho. Viana do Castelo can be reached from Porto or from Valença. This city has a great historical and architectural value. Viana has emblazoned palaces, convents, churches and fountains that constitute the patrimonial inheritance of the city.

Viana do Castelo offers tours inspired by Manueline, Renaissance, Baroque, Modernist … The heart of the city is Praça da República. Once there you should not miss visiting the building of the Misericordia and the fountain, both of the sixteenth century, as well as the old Town Hall. It is also a good time to walk along the beautiful streets of the historic center. The Cathedral in Romanesque style is also worth a visit.

Lovers of photography (and good views) must climb to the Mount Santa Luzia (by funicular) to enjoy spectacular views of the city. From there you can see the whole of the city, the sea and the mouth of the river Lima.

This panorama has been recognized as the third most beautiful in the world, according to National Geographic magazine. The Sanctuary of the Sacred Heart of Jesus is located in said hill and is one of the most visited tourist points of the city. The works of this Sanctuary began in 1904 and were completed in 1959.

You may also like to read another article on semestatravel: La Dolce Vita in Slovenia: From The Ribolla Smell The Lovely Area Brda

Viana do Castelo is also known for its gold filigree. You can see some of these handicrafts in the Costume Museum. In the Museum of Art and Archeology, you can see the ship Gil Eanes, built in the shipyards of the city as a support for cod fishing.

For those looking for a more current distraction, Viana do Castelo is considered a mecca of modern Portuguese architecture due to the number of important names of contemporary architecture that have signed buildings and spaces of the city. In the surroundings of the city, you can take a walk along the coastal or river route, along some of its marked trails, as well as surfing, windsurfing or kitesurfing and bodyboarding on beaches of fine golden sand. In the Ria Limia you can also do jet-skiing, sailing, rowing or canoeing.

As for gastronomy, the most important thing is to try their great dishes made with cod. The green broth is also delicious. And as dessert you must taste the half-moons of Viana.