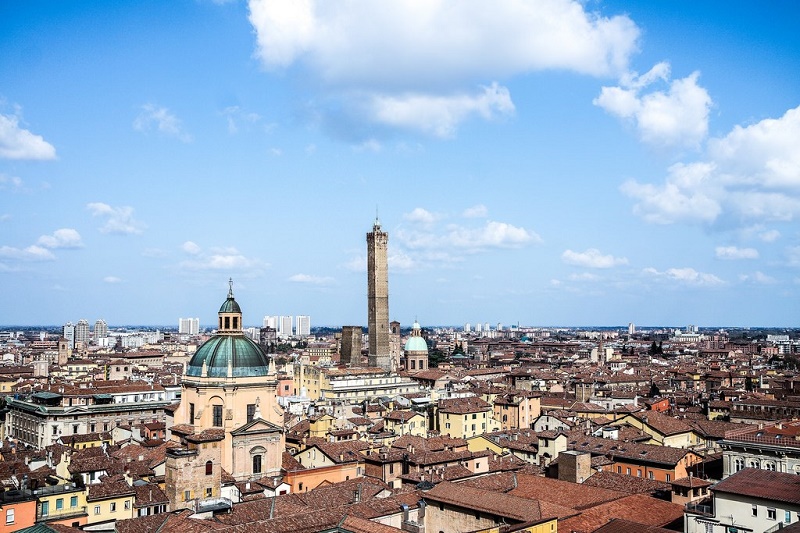 This list of the things to see in Bologna will help you prepare a trip to one of the least known and most beautiful cities in Italy. We are sure that it will end up surprising you. Located in the north of the country, this city nicknamed “The Red City” for the color of buildings and roofs has been one of the great surprises in our travels.

Things to see in Bologna

We always recommend spending at least two days to enjoy it to the fullest and take the opportunity to get to know one of the best preserved medieval historic centers. One of the oldest universities and one of the best gastronomy in the world. Based on the experience of the time we spent in the city during our trip to Bologna, Rimini and San Marino. We have made this selection of what we believe are the 10 must-see places in Bologna. We start! 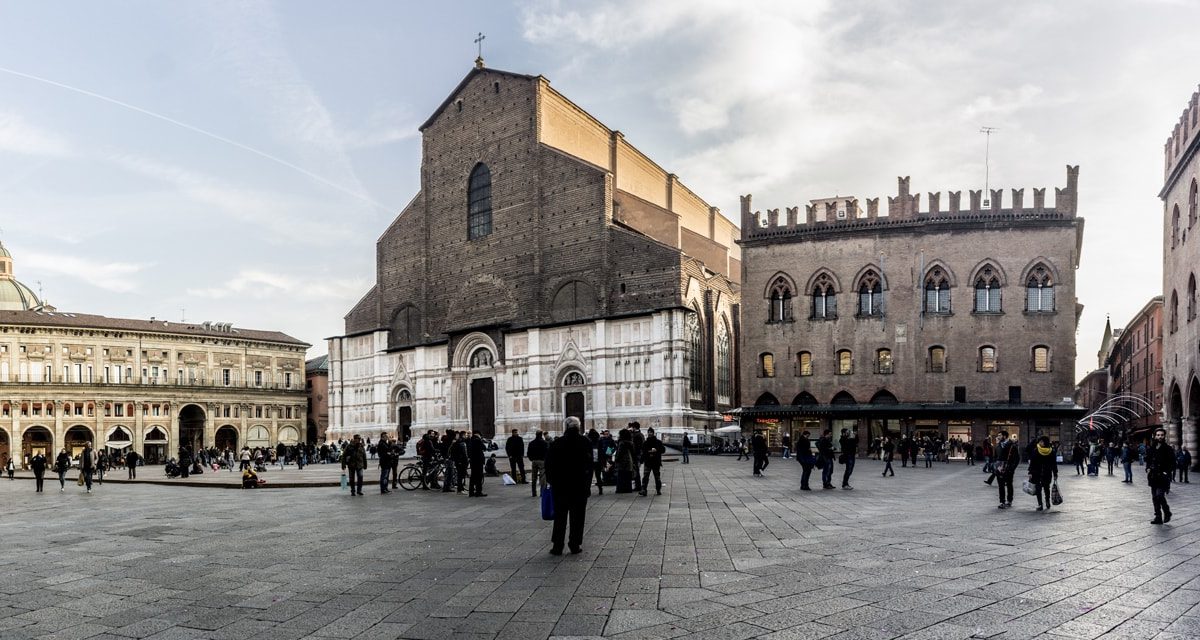 The Piazza Maggiore or Plaza Mayor is the epicenter of the old town and one of the most essential places to visit in Bologna. Most buildings in the square have been preserved since medieval times, including the Basilica of San Petronio, the Communal Palace, the Podestà Palace, the King Enzo Palace and the impressive Fountain of Neptune.
The Basilica of San Petronio dedicated to the patron saint of Bologna was going to be the most imposing church in the world until the papal authority stopped its construction to see that it would surpass the Basilica of San Pedro in Rome. It ended up being the fifth largest in the world. It is worth visiting its immense interior to see several masterpieces such as the Mystical Marriage of Santa Caterina. The frescoes by Giovanni de Modena, as well as its huge polychrome stained glass windows.

Another of the buildings of the square that you can not miss is the Communal Palace with several spectacular rooms such as the Sala Farnesio, the Communal Council, the Vidonian Gallery, the Urban Hall, the Library or its interesting Pinacoteca.

After taking a walk through the square, seeing historic buildings and its beautiful arcades. You can say goodbye by going around the impressive Fountain of Neptune, something they say brings luck. 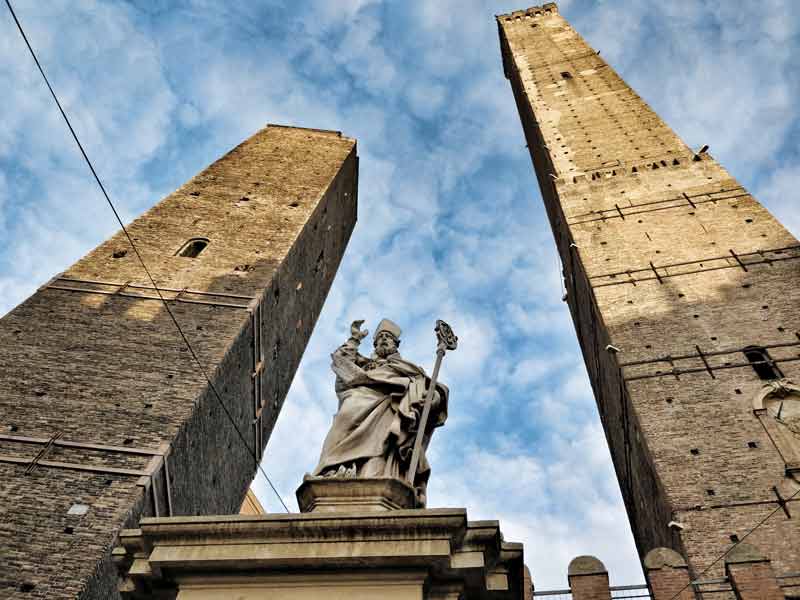 The twin towers of Garisenda and Asinelli are the only two preserved from the more than 200 that the city had in medieval times. Of these two towers, which initially had defensive functions, only that of Asinelli remains in good condition and the visit is allowed. Although the climb to its almost 98 meters is hard, we assure you that when you reach the top and see the incredible views of the city, you forget any kind of effort.
Visiting hours: every day from 9 a.m. to 6 p.m. In winter it closes one hour before. 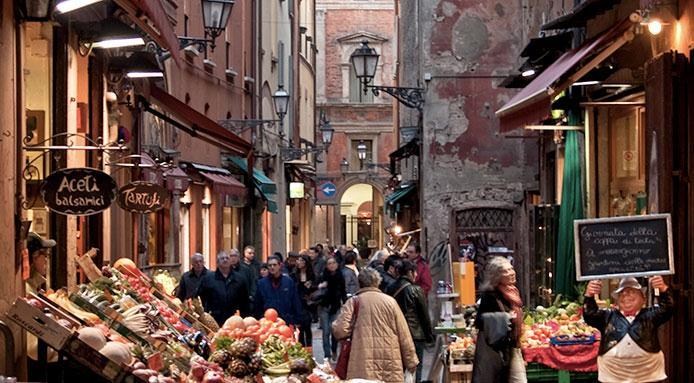 In the historic center, next to Piazza Maggiore, you will find a series of narrow cobbled streets. It forms the so-called Quadrilatero, another of the most beautiful places to see in Bologna. In this area, which becomes pedestrian on weekends, the best shops are located to buy fresh and typical products of the city such as tortellini, bolognese mortadella, bolognese sauce or crescentine e tigelle bread.

In addition to local shops, between the four streets Via degli Orefici, Portico del Pavaglione, Via Clavatura and Via Castiglione. It delimit the Quadrilatero, you will also find some of the best restaurants in the city among which we recommend you try the salumeria sausages Simoni and the Sfoglia Rina. The appetizers ofThe Osteria del Sole and good pasta in the Mercato di Mezzo.

4. Piazza de Santo Stefano, one of the best places to visit in Bologna 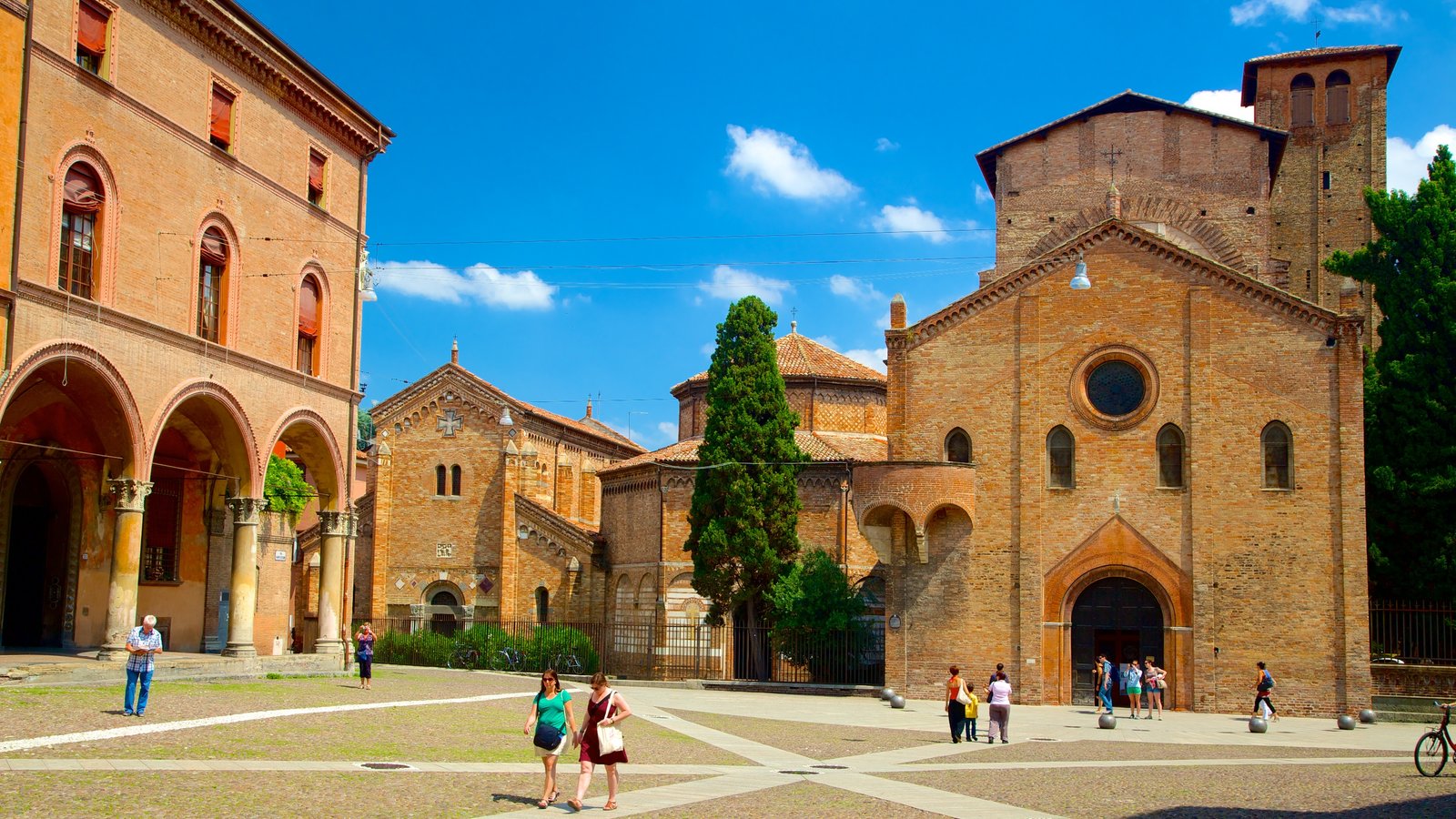 The Piazza de Santo Stefano is one of the best preserved medieval corners and one of the must-see places in Bologna. The jewel of the square, surrounded by palaces and buildings with beautiful porticos. It is the Basilica of Santo Stefano known as “The 7 churches”. This basilica really is a medieval religious complex formed by the union of 4 churches, which in the past had to add 3 more churches. It is worth visiting its interior, where you will find a replica of the Holy Sepulcher of Jerusalem from the 5th century, the medieval cloister and the beautiful Patio de Pilato.
As a curiosity, in one of the palaces of the square, you will find one of the 7 secrets of Bologna: the sculpted face of the devil. We recommend you to look for and thus get to know the place a bit more. 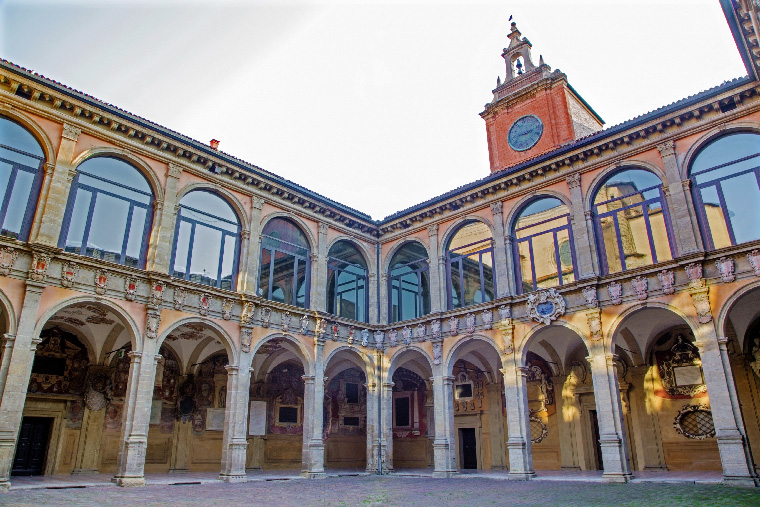 The Archiginnasio Palace, built in the 16th century by Cardinal Carlo Borromeo is another of the gems to see in Bologna. This building, headquarters of the old University. It has a beautiful inner courtyard where you can see in its walls numerous shields and a small tower with a bell tower and clock.

During the tour of the interior rooms, do not miss the Anatomical Theater and the Stabat Mater Classroom. It is the most impressive place in the palace is its Library. Here the space with wooden shelves that preserve codices and books from centuries ago stands out. It is an authentic wonder.

It is interesting to know, when you visit this building, that the University of Bologna has its origin in 1088, making it the oldest university in the Western world. This prestige has lasted until today, placing Bologna in one of the most important university cities in the world, with more than 100,000 students spread across its 23 schools.
Visiting hours: Monday to Saturday from 9 am to 6 pm.

Our recommended hotel in Bologna

Our recommended accommodation in Bologna is Hotel Nuovo Porto. It located 15 minutes walk from the historic center and 10 minutes from the central train station. In addition to its magnificent location, it has a good varied breakfast, friendly staff and one of the best quality/price relationships in the city.

6. The 7 secrets of Bologna: medieval cities

Keep in mind that medieval cities such as Bologna keep plenty of mysteries and legends, as well as secret corners with a special charm and that’s why the route of the “The 7 Secrets” is one of the most interesting routes. It will make you discover little-known corners of the city as the Finestrella in Via Piella, Las Tres Flechas near the passage Corte Isolani. The Attributes of Neptune in the fountain of the same name, The Arch of Whispers in Piazza Maggiore, the Medieval Cannabis in the Canton of Fiori, La Luz of Petronio in the Basilica of San Petronio and the Face of the Devil in Piazza de Santo Stefano. 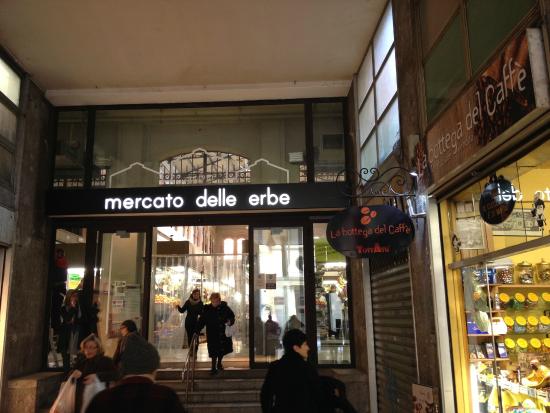 The Mercato delle Erbe is the largest covered market in the historic center and one of the must-see places in Bologna. This local market, little visited by tourists, is located a few minutes walk from Piazza Maggiore and in addition to selling a variety of fresh products. Such as vegetables, cheeses, fruits, wine, cold meats has small stalls and restaurants where you can try all these gastronomic delights.

Visiting hours: Monday to Thursday from 7 am to midnight. Friday and Saturday close at 02 am.

8. Sanctuary of Our Lady of San Luca 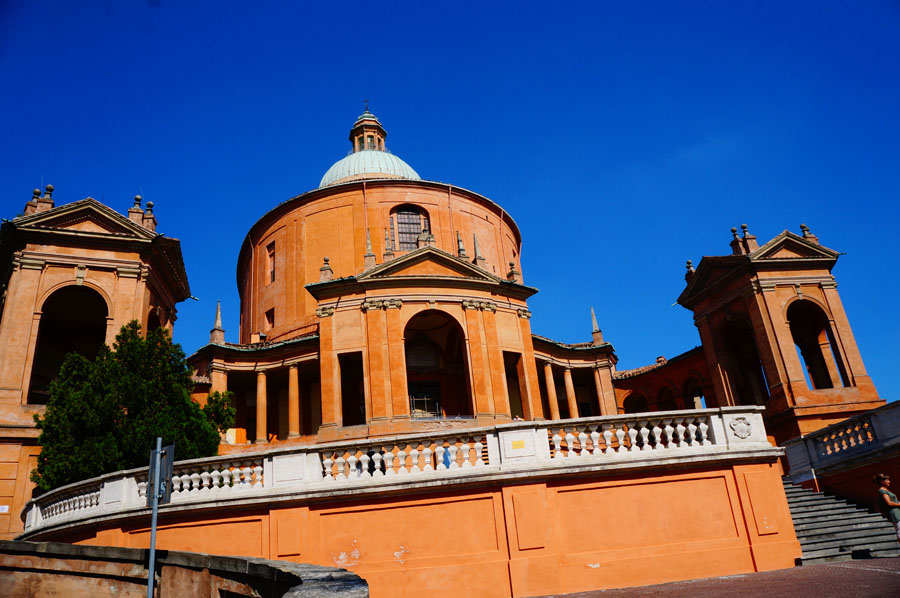 The sanctuary of Our Lady of San Luca, located on a 300-meter hill, is one of the most charming places in the city. This church, surrounded by a natural environment, is a place of pilgrimage thanks to a legend. He said that at this point the Virgin Mary appeared with her son in her arms. This appearance gave rise to a chapel and with the passage of time to this huge sanctuary.

The exterior architecture of the Baroque style and the interior with some beautiful altarpieces besides the image of the Virgin and Child make it another of the places to see in Bologna that we recommend you not to miss.
If you do not want to make the hour and a half of walking from Piazza Maggiore, you can take bus 20 at the Farini stop and change at Villa Spada to bus 58, which will take you to Monte Albano. 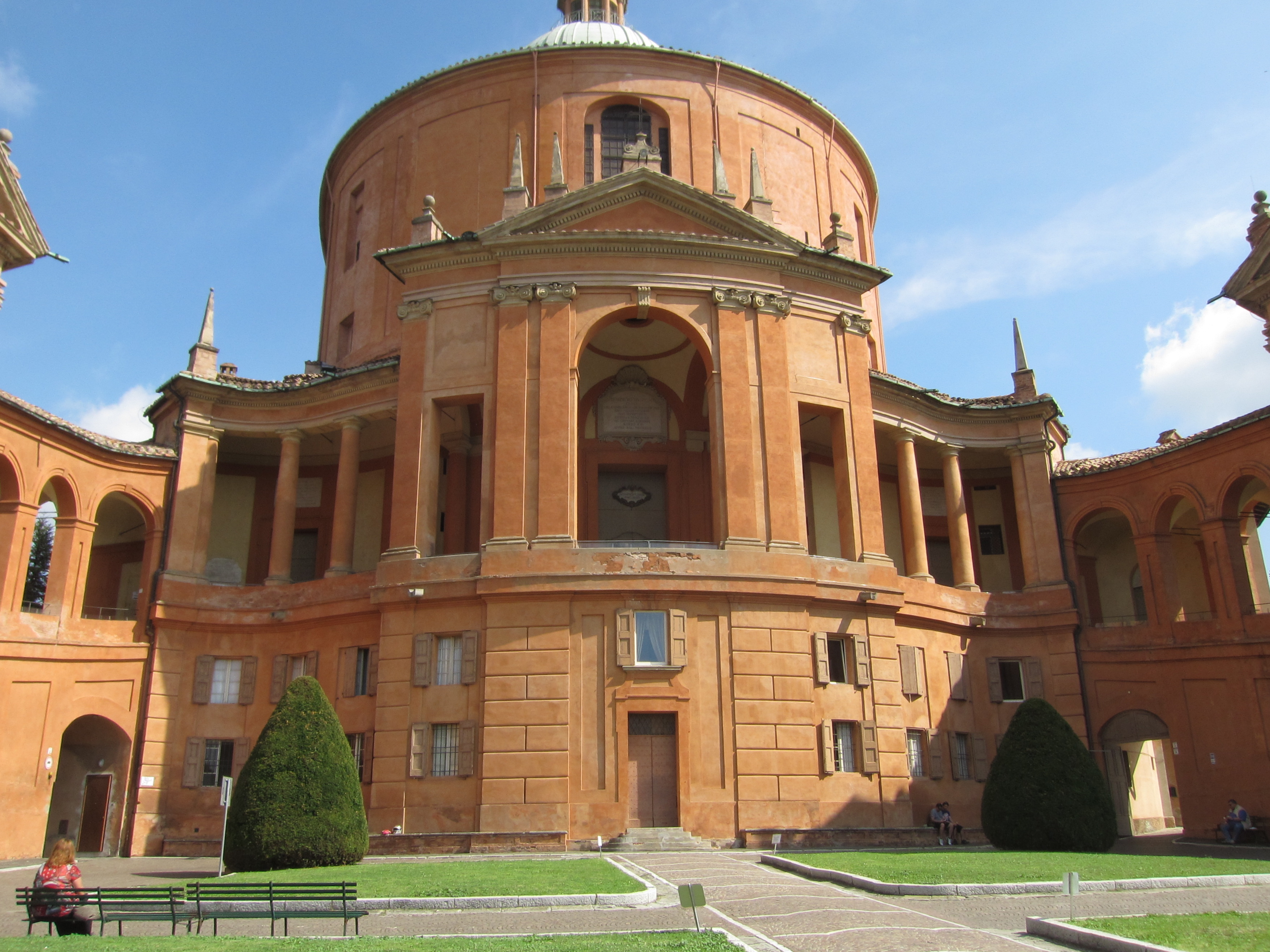 One of the pleasures of visiting Bologna is to stroll through the windows of shops of all life, under its endless porticoes. Keep in mind that the city has more than 40 kilometers of arcades and therefore are considered the longest in the world.

One of the most essential is the 3.7-kilometer San Luca Portico that joins the old town with the Madonna di San Luca Sanctuary, along 666 arches. Another of the porticos to visit in Bologna is Casa Isolani in Strada Maggiore, supported by towering wooden beams.

The construction of the porticos dates back to the Middle Ages as a result of a large number of students who came to his renowned university and not being able to accommodate them all. The houses were enlarged gaining ground in the street, without much harm to pedestrians. 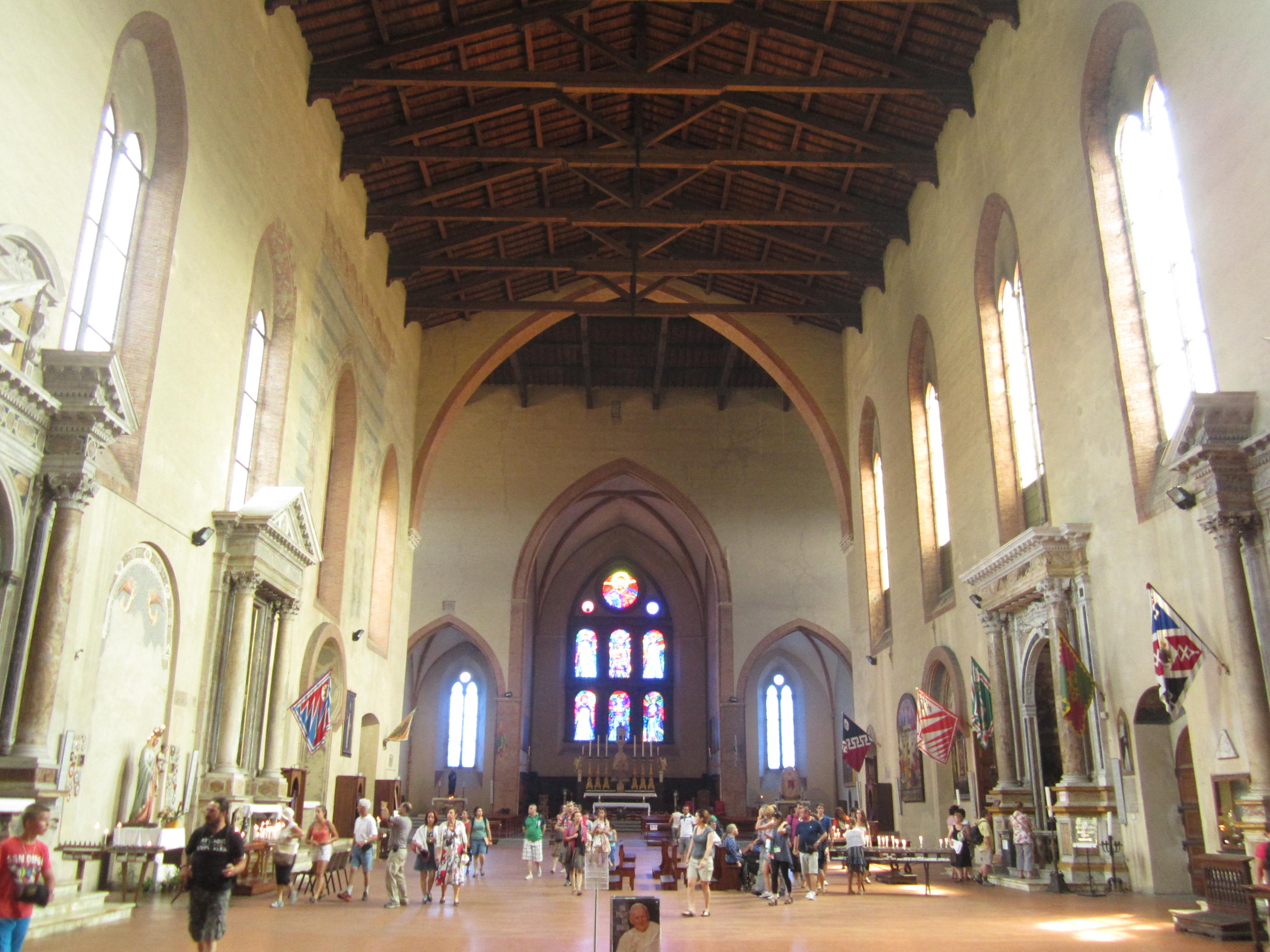 Only knowing that in this church a young Michelangelo intervened in its construction and places it in another of the places to see in Bologna. His work with other students of Nicola Pisano focused on the construction of the Ark of Santo Domingo, where the remains of the famous Santo Domingo de Guzmán, founder of the order of the Dominicans. In addition to this masterpiece, it is worth entering inside the baroque style that contrasts with an austere exterior. 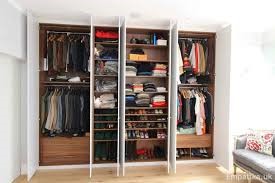 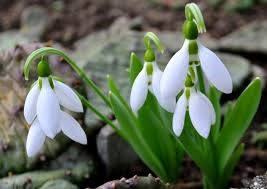 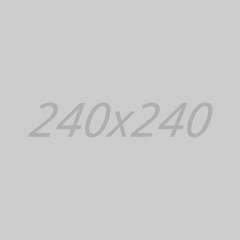 Use Google Maps on any of your devices to search, navigate, and discover your way around the globe. You can...