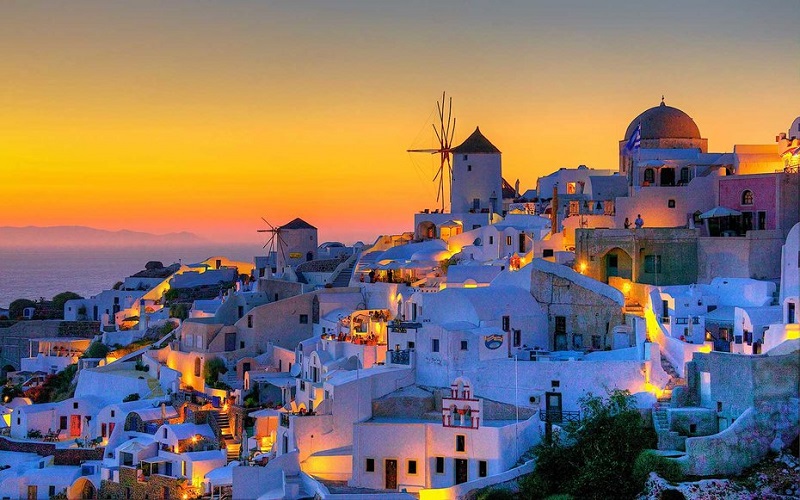 What images immediately come to mind when you talk about Greece and its paradisiacal islands? The blue and white house is clinging to the hills that overlook turquoise lagoons, romantic sunsets over the Aegean Sea, mythology, tasty Mediterranean cuisine. Not easy to choose where to spend your holidays in Greece with more than 5000 islands and islets. We tried to list our 8 favorite islands.

Take the ingredients listed above; add a pinch of romance and a hint of nightlife and you will have the perfect cocktail for your vacation. Santorini is an island of volcanic origin with black sand beaches that contrast with the blue of the sea and with the white buildings. Fire counts amongst these beautiful villages perched on a hillside. Guaranteed romantic sunsets,

Paxos lives in the shadow of the famous Corfu and it is very much like this! It is both tiny and sublime. An oasis of serenity that provides the perfect backdrop for couples seeking peace and privacy. You will find beautiful beaches and restaurants serving fresh fish in Gaios , the largest city on the island. When the sun goes down, sit down on the terrace to taste a fresh Ouzo facing the sea.

You may read also: TIPS FOR TRAVELERS WITH DISABILITIES

3. Mykonos, the soul of a fishing village

Mykonos is the choice of revelers. It is true that its nightlife is agitated in the beach clubs. But the island is far from being reduced to this aspect. Tourism has not yet massively reached the hinterland, which is a good thing because the countryside with the houses and the picturesque alleys are very beautiful. Finally, the soul of Mykonos remains that of a traditional fishing village.

It is an island with mountainous terrain. Its rich fauna and flora make it an ideal place for excursions! The most beautiful beaches are hidden in rocky coves difficult to access. The game is worth the candle: you could find yourself alone in the world on a beach.

Located in the Aegean Sea, about 20 km from Samos, its beauty lies in its inaccessibility: it is mountainous and wild. Some places are almost very inaccessible. In return, it offers bays and thermal waters. Would that be why the people of Ikaria are the ones who live the oldest in the world?

It is the largest island of the Sporades archipelago in the western part of the Aegean Sea. Do not go there to party, as there is no nightlife like on Mykonos for example. One comes there for tranquility and for nature. Rent a bike or a scooter to enjoy it. The contrast is striking: the North is undulating and green, while the South is arid and barren.

The most southerly island of Europe falls into our rankings for its pure soul and its ancestral traditions. There are a few tourist facilities, but you can also sleep on the beach under the stars in this peaceful place. Its beaches are among the most beautiful of Greece and probably of the entire continent. As for the inhabitants, they mix easily with new residents, mostly artists who choose to live here by leaving watch and cell phone at home. Do not miss Tripiti Cap, the most southern point of Europe.

8. Milos, beautiful as the Venus

It is on this island that the statue of the Venus of Milo was discovered. Arriving on the island, you will immediately understand what inspired its creator Alexandre such beauty: the small island of Milos is a true paradise! Still untouched by mass tourism, this island in the southwest of the Cyclades is characterized by a lunar landscape of white rocks and earth. However, its strong point are its beaches: 70 bays hidden from view, all breathtaking, and almost deserted! 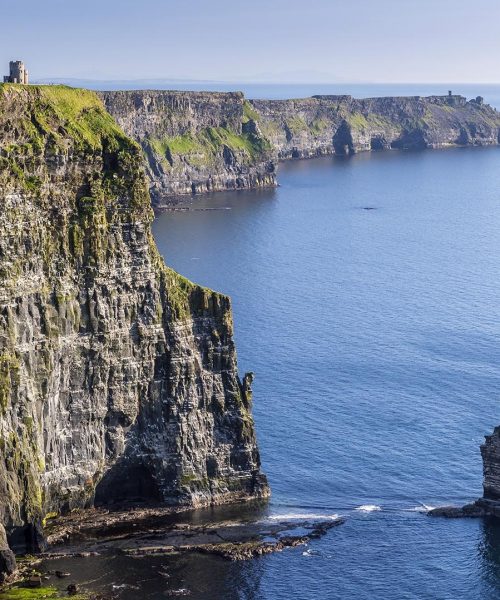 Renowned for their wild scenery, iconic knitted sweaters and attractive traditional cottages, the Gaelic-speaking Aran Islands in Ireland on the...