If I had the chance to see only one country of Asia I would definitely visit, and I would recommend Burma. I was in Burma in 2009, in a “cusp” period of my personal life and also of the political life of this country. So for all those who have fears or fears due to the media, I assure you that they are completely unfounded and that traveling alone in Brimania will be an experience that will give you so much that you could only smile every time you think about that land, or better to those people. Let’s know Myanmar travel tips. 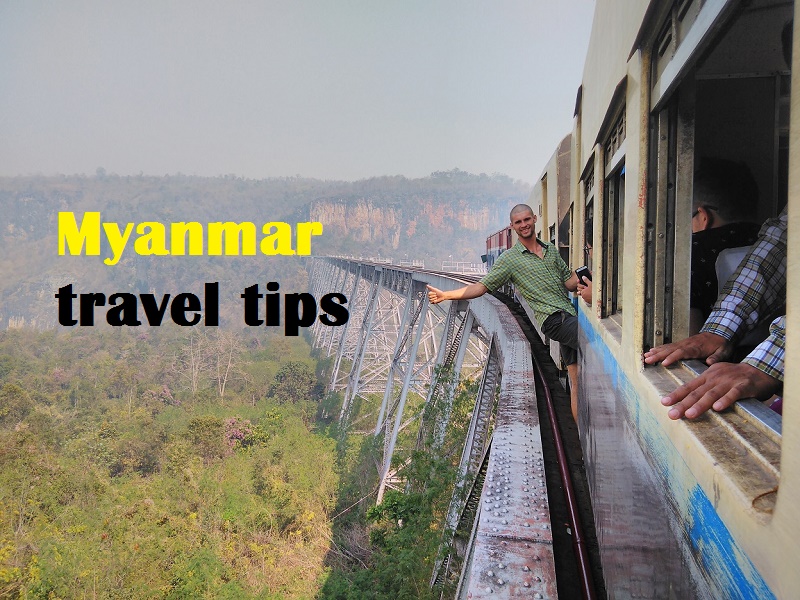 1. To understand the history of politics we must go there.

Before traveling to Burma, I had read a lot about the dictatorship, about the murder of the 2007 monks on the captivity of Aung San Suu Kyi, I imagined a gloomy country, where feeling insecure, where walking the streets at night left you that unpleasant sensation in the pit of the stomach, and instead exactly the opposite. If I close my eyes and think of Rangoon or any other place, the first thing I see is the smiles of the people, but not the fake ones that are often found in Asia, those that express themselves only by reading the light of the eyes. Keep reading: 18 FOODS THAT TRAVEL WELL WITHOUT REFRIGERATION

When I was in Burma there was still a dictatorship, people were whispering about the regime. Once I was in Bagan and a lacquer dealer invited me to get some tea from him, he closed the door and in a whisper he started talking to me about the government, about the injustices of the absence of rights.

2. Because time has stopped.

I do not know how long it will stop because the race for tourism has just started, but Burma is a country rich in history and ancient traditions, every small village has indescribable treasures, unfortunately they have hardly ever been restored, so many are deteriorating, but you always seem to be a little Indiana Jones, how many other places can you visit huge temples completely alone? 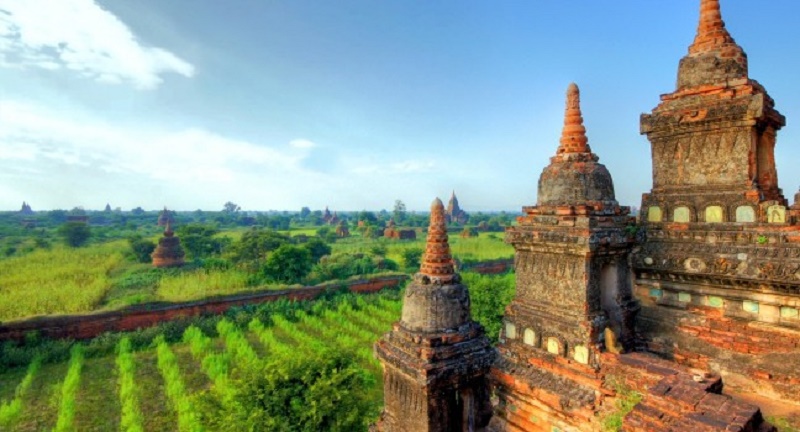 3. To learn what kindness is.

The Burmese are pure, perhaps not all, but certainly many, they want to do business is obvious, but always with respect and grace. Once I was pedaling through the Bagan valley,obviously I stopped at a wicker basket shop and bought everything, (I always buy all sorts of things on the road), I wondered how I could continue to ride with all those packages with me, when the shopkeeper tells me ” What hotel is in? I give them to me at 4 “. Let’s say it was 2009, I had not yet left everything to travel, I’m still Neapolitan, grew up in a place where you also steal the Ray Ban from 13 to 13 years, and my first thought was not just to trust me. Then I thought about it for two minutes and realized that I had no alternative, I was mocked by my bad faith. At 16 o’clock my parcel was delivered to my hotel and I felt immensely stupid. From that moment I started to trust more of the people I met, not only in Burma,

4. Because the sunrise and sunset on the Temples of Bagan is worth the trip.

As Lonely Planet says “imagine all the European medieval cathedrals concentrated in a land as big as Manhattan” I would say that slightly makes the idea, now you think of covering them during the day by bike, or a horse-drawn cart and at sunset to climb up a very high pyramid-shaped temple and wait for the sun to fall in the jungle before you, coloring the whole sky with deep pink. Unfortunately for sure you will not be alone, since it is the most popular thing to do in Burma, but maybe you will accompany the very nice children as happened to me, in the end I reduced with the chat with them instead of staring at the sun. 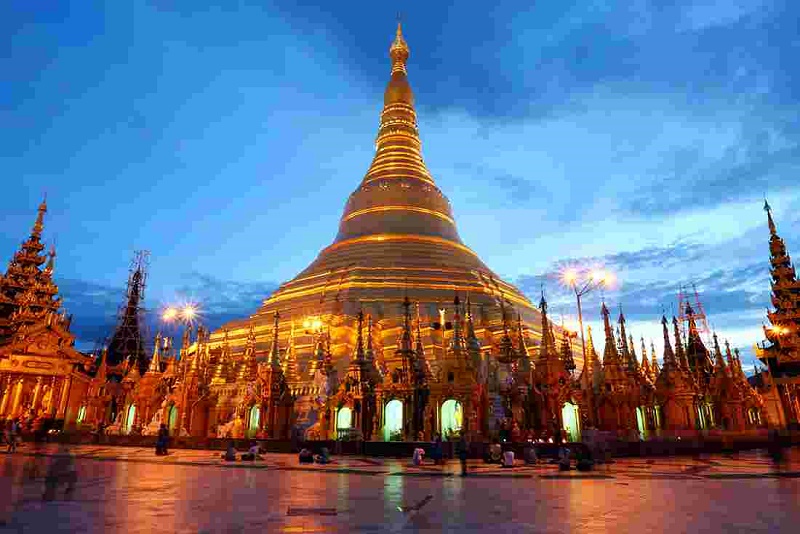 5. Because there are the best rubies in the world.

Ok maybe this is a reason a bit ‘part, I am a super passionate gemstones, before leaving for Burma I studied for a long time what I could find and where to buy it. When it comes to valuables, you must always be protected, that is, buy only in authorized stores that issue certificates. Let’s say that at the Gems Museum in Rangoon you can also buy stones of average quality at a very competitive price for Italy, I was playing with more aggressive intentions and I put the money aside to give me the ruby of my dreams, and so it was!

6. Distances depend on the vehicle you have.

Let’s say that Burma is not the only place where this element is easy to find, but you will have to deal with the frustration of Western omnipotence.

We are used to measuring distances in km, because up to down to make one we put more or less a minute, if you have to go to dinner at the home of a friend who lives at 30km it will take a little less than half an hour. But in Burma the distances are hours and seasonality, the roads are few and devastated, more depending on the rains or dry periods, some areas can be reached or not. In an absolute sense this does not seem to be a big problem, when you are traveling and tell you that you can not go to the village where you had planned to visit that beautiful monastery, because it rained too much and that there are no solutions, your perception of frustration will change.

7. Learn from the monks.

In fact, many Asian countries are Buddhist and so there is nothing unusual in observing hundreds of boys shaved in boredeaux, but I do not think so. The Burmese monks are open, they love to share, to let others in their daily life, they are not suspended in a mystical space between them and the divine, but they are very earthly. Usually everyone goes in the morning in front of the monasteries to observe their quest, I liked more to chat with school children or my taxi driver who explained that in Burma every man can decide to become a monk whenever he wants in life, even for short periods, it is enough for them to feel the need. Unlike the Catholic religion, a Buddhist monk is not forever, but only for the time he considers necessary,

Traveling in Burma is a moment that will give you a lot, I suggest you prepare yourself with the Myanmar travel tips. To date I found these two very enriching: The boy who spoke with the wind and the art of listening to the beats of the heart , both of you will read them all in one breath. You might also read: http://ledsafari.org/ten-reasons-to-travel-to-toulouse/