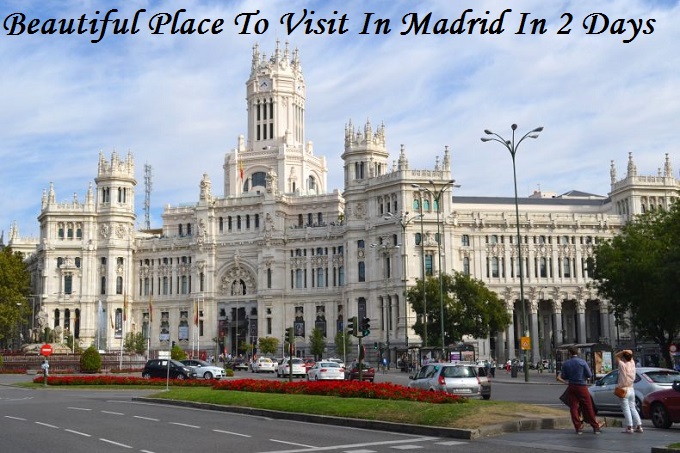 Madrid is one of those cities that you enjoy walking. Discover the charm of its streets, its unparalleled nightlife. But above all fill the view with the majesty of the architecture of this European capital in a two-day walk. In this list I leave you some obligatory points to visit in Madrid:

Ten places to visit in Madrid 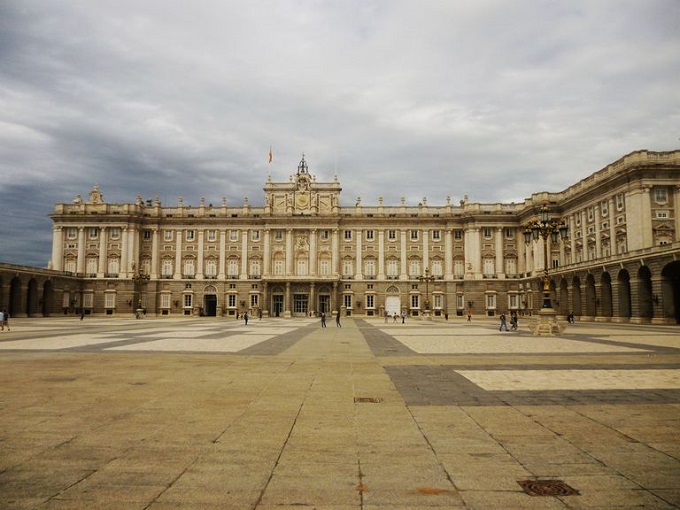 After the fire suffered by an old fortress in the s. XVIII, the first Spanish king of the Bourbon dynasty, Philip V (grandson of Louis XIV of France), decided to build the Royal Palace with reference to the Palace of Versailles.

Enjoy its gardens, the paintings of Caravaggio, Velázquez and Goya, the luxurious rugs and the bronze and gold decorations that make it one of the most sumptuous palaces in Europe.

Just in front of the Royal Palace is the beautiful Cathedral of Almudena, place where Prince Felipe and Princess Letizia got married.

Built at the beginning of the 20th century, during the reign of Alfonso XII. Not only is the postcard of the Gran Vía, the Metropolis building, what will attract you; This is where you will perceive the characteristic atmosphere of cities that do not stop. If you go from Plaza España to Plaza de Cibeles, before your eyes will parade buildings, shops, theaters, hotels, restaurants, and people, many people from all corners of the world.

Among the water that flows from the fountain, you will see the sculpture of two great lions pulling the carriage to the Greek goddess, Cybele. However, it is not the sculpture that strikes the most attention, the eclectic façade of the Palacio de Comunicaciones, which seems to monitor the square is what will require you to take a picture of it.

A few minutes in front of her are enough to understand the influence of classical architecture on many eighteenth-century monuments. Carlos III ordered its construction to Sabatini. The Italian architect was inspired by the Arcos del Triunfo Romanos to design La Puerta de Alcalá, one of the five royal gates to visit in Madrid. The work was completed in 1778. Visit the gate of Sans Fransisco: http://magazinzoo.com/golden-gate-of-san-francisco/

And to end the first day: visit the Plaza Mayor. Undoubtedly the most beautiful square in Madrid. I recommend that you go at the end of the afternoon, you can see how the rosy tones of the visit in Madrid sky seem to join with the frescoes of the Casa de la Panadería, based on mythological characters such as Bacchus, Cybele, and Cupid.

In the center of the square, pay attention to the sculpture of Felipe III, the Pious, who ordered its construction and inaugurated it in 1619.

An ideal plan for Sunday is to leave the Plaza Mayor and walk to the Mercado de San Miguel, just behind the plaza; and then go to El Rastro, the largest flea market in Spain.

The second day you can start with a visit to the Museo Nacional del Prado, architectural example of the Spanish neoclassical. The museum had the purpose of showing the world the existence of a genuine school of Spanish painting. It opened its doors for the first time to the public in November 1819, with the first catalog of 311 paintings.

Today the Museo Nacional del Prado houses one of the largest painting collections in Europe. If you have little time do not miss seeing the ten must-see works.

A walk through a park after entering the National Museum of the Prado always comforts, and even more, if you are a few minutes away on foot. On a walk among the extensive green areas of the Retiro Park, you will be surprised to see works of art such as the Palacio de Cristal, the Palacio de Velázquez or the pond with the majestic monument in honor of Alfonso XII.

Highly recommended for a picnic in spring or for sports.

Very close to the Retiro Park is the Reina Sofía Museum. It deserves a visit just so you can appreciate the contrast between the old building (Francisco Sabatini) and the modern one (Jean Nouvel), which is in the back. Either way, you would commit a sacrilege if you do not enter, knowing that inside you have the monumental Guernica de Picasso and the best exponents of Spanish painting of the s. XX, like Dalí and Miró.

It is worth seeing these four “giants” built on the old Real Madrid Sports City, which are part of the Cuatro Torres Business Area. Among these skyscrapers, the most outstanding is the Caja Madrid Tower, the tallest building in the city (250 meters), designed by the famous Norman Foster.

I recommend you attend the show that takes place in the Temple of Debod, when the sun sets: the reflection of this Egyptian temple in the waters will transport you to the second century BC And it is not that the Egyptians invaded the Iberian Peninsula at some time History, but in 1968 the Spanish government received it as a gift from Egypt, for the help it gave to the African country in the rescue of the Egyptian monuments before the threat posed by the construction of the Great Aswan Dam.

All of the places require two days to visit in Madrid. But your time on reaching those places and return to home is separate from our calculation. Some places will take more time on circumstance.